In my humble opinion, what perhaps was born as a portrait of Monnalisa Gherardini del Giocondo called “La Gioconda”, became over time a game of transformation and a scientific research gym where the inspiring model was the beloved Gian Giacomo Caprotti, known as the Salaì (from “Sala [d] ino” or “diavolo”) (Oreno, 1480 – 19 January 1524), who was an Italian painter, a favorite pupil of Leonardo da Vinci. 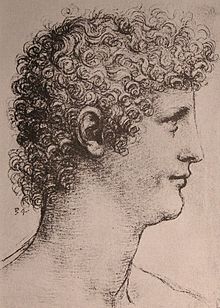 Leonardo Da Vinci, Head of a young man in profile, Windsor Royal Colection. It is believed to be a portrait of the Salai.

Gian Giacomo Caprotti was often used by Leonardo da Vinci as a model for both male and female figures. Here are some below: 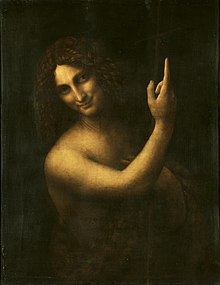 Leonardo da Vinci – The Salaì in the guise of St. John the Baptist 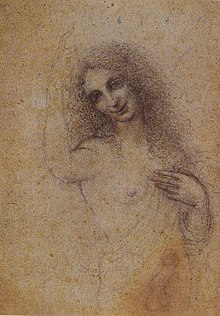 In this case, Salai was most likely to mock the teacher in moments of life in cohabitation that were all normal in their lightness. I have personally seen members designed by Leonardo on the back of some drawings and I would say that the difference between the execution and the one above the angel incarnate is very well known, 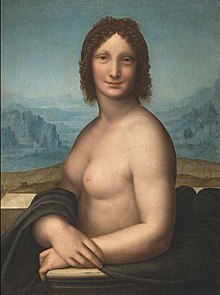 In the case of Monna Vanda, also known as Monnalisa nude, the masculine traits of the arms and the taurine neck like that of Gian Giacomo are evident. 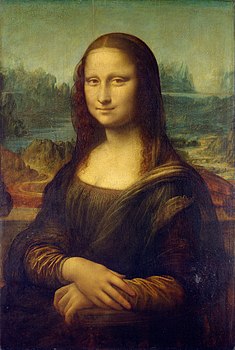 In the Gioconda Gian Giacomo’s features such as the eyebrow arch, the nose, the mouth and the chin are even softer than the Mona Vanda, but undoubtedly the starting lines are always those of Salai’s physiognomy, the long realization and Leonardo’s experimentation for this atypical painting because it had the function of a technical and mental gym needed a model always available for the eventuality and who better than Gian Giacomo who lived with the teacher? The rest of the physiognomy is the result of Leonardo’s imagination but the personality expressed by Gioconda’s gaze and attitude is the portrait of himself and not the raw one of Salai who is an irreverent thief of his own teacher (Leonardo in his notes often he complains about shameless money theft and he always forgives him). 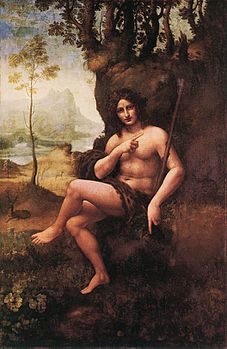 The Bacchus on a previous Saint John the Baptist is an oil painting on panel transported on canvas (177 × 115 cm) attributed to Leonardo da Vinci and workshop, datable to 1510-1515 and preserved in the Louvre Museum in Paris.

In practice for Leonardo, Gian Giacomo was the basic starting model for many subjects, which were then slightly changed here and there to avoid a mere photocopy effect. Below another example but you can have fun looking for Salai camouflaged in some other painting by Leonardo. Good fun. 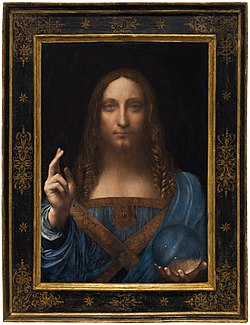 The Salvator mundi is an oil painting on wood (66×46 cm) attributed to Leonardo da Vinci, datable to around 1499 and kept in a private collection of Abu Dhabi.